“I don’t want revenge on the Taliban, I want education for sons and daughters of the Taliban.”

I went yesterday to see the film He Named Me Malala. The documentary shows Malala Yousafzai and her family making their new life in Birmingham, England, and also provides a compelling account of the rise of the Taliban in the Swat valley and the events that led to the attack on Malala and her school friends. 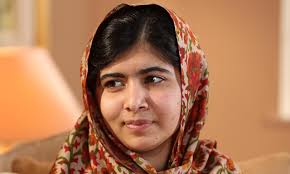 Here is the trailer for the film: https://www.youtube.com/watch?v=cug1-eTOVS

I hadn’t realised how active Malala’s father had also been in protesting against the misapplication of Islam by the Taliban; though that only drove home the importance of Malala’s assertion in the film that it was she, and no-one else, who chose and who chooses how she acts.

Most significantly, of course, the question arises What would I do in such a situation?, if the rights of myself and those I love were being so comprehensively violated. I hope that I would take a stand, despite the risks. So many people around the world do take a stand; and too many are threatened, harassed, or are killed, unrecorded and uncelebrated.

So I was excited, on returning from the film, to see a University of York e-mail notification of an Extreme Values Research Masterclass. “That has to be worth going to”, I thought, imagining the application of core human values in extreme situations. Imagine my disappointment, on opening the e-mail, to read “Extreme value modelling is a well-established area of statistics, motivated by problems in hydrology, the environment, drug safety, and other fields…”.

A different meaning of values. But still a useful framing for encountering Malala through the film – her values in practice, in extreme situation; and an extreme and wonderful example of courage and leadership.

You are currently reading Malala Yousafzai at John Gray.